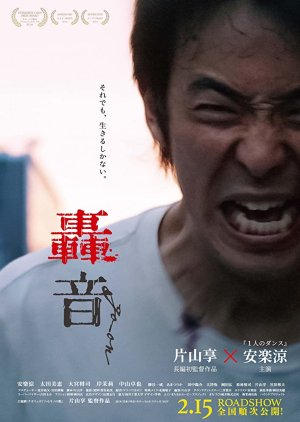 Two different storylines intertwine in this hard-hitting debut from Japanese director Ryo Katayama. Which doesn't mean that it's a good film per se, but impressive on different levels nevertheless.
It is a bleak world, Katayama depicts. Emotionally detached characters stumble through a Japan which is very much the opposite of the delicate and exotic Japan we know from the JTO or the Lonely Planet. Here, everybody is wounded, mentally or physically. People are violent and angry - some turn their anger against themselves.
ROAR is a typical first timer fantasy: extreme, rough, disturbing, alienating, depressing, very bleak, and a little too artsy in all its overlong silent scenes. We do understand: the director is an auteur, who loves slow cinema and so he tries to implement this aspect into ROAR aswell. Which doesn't work so well, as the there's not really an overall arc of suspension that keeps everything together. My mind did start to drift off and I had problems with keeping track at what's going on. Well, maybe that's just me.
Definitely a promising effort, I would say, we have to keep looking for further endevours of the director. Who, by the way, plays the homeless man, beating up people for money. Not the guy you would invite for tea.
Michael Schleeh
***